The word 'maximise' is used far to often by managers. 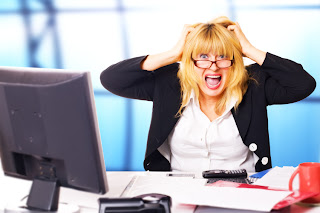 "I have to maximise the performance of my team members. I have to get as much out of them as possible."

Think of your car. If you drove your car to it's maximum potential, how safe would you be driving? Even if it were possible, how long do you believe that your car would last before it broke down?

When systems work to their 'maximum' they are operating on the edge of breaking down. Keeping with the idea of cars, drag cars are designed to operate at their maximum for a quarter of a mile. Very often something goes awfully wrong when the attempt to drive the car for that short distance breaches the maximum capacity that the car's engine can tolerate. The cars explode or crash and the driver loses the race. Think about it. A huge amount of time, money and effort goes in to ensuring that the drag car completes a quarter mile. Yet, because they are operating at the maximum, a high number of them don't make it.

In this context, and given that humans aren't machines, why would we even consider trying to 'get the maximum' out of people?

Instead we should be trying to optimise output. When we optimise a system we are considerate of the long term effects of running our system 'too hot'. Pushing people to work long hours, day after day and requiring them to work on weekends just to keep up, week after week, month after month is an example of a human system trying to maximise output.

It is interesting how the everyday language that people use reflects what is actually going on.

"I crashed and burned."

"I have nothing left in the tank."

When people are treated like machines they will often talk as if they are machines!

But people aren't machines. They need time for rest, relaxation and re-energising.

Remember folks, relative to an organisation's goals, an employees personal goals will always come first. So leave some room for them to achieve success in their personal lives and help them to perform at their optimum. They'll be better for it and so will their performance for the organisation over the long term.

How are you creating and executing Life Balance and Personal Success?